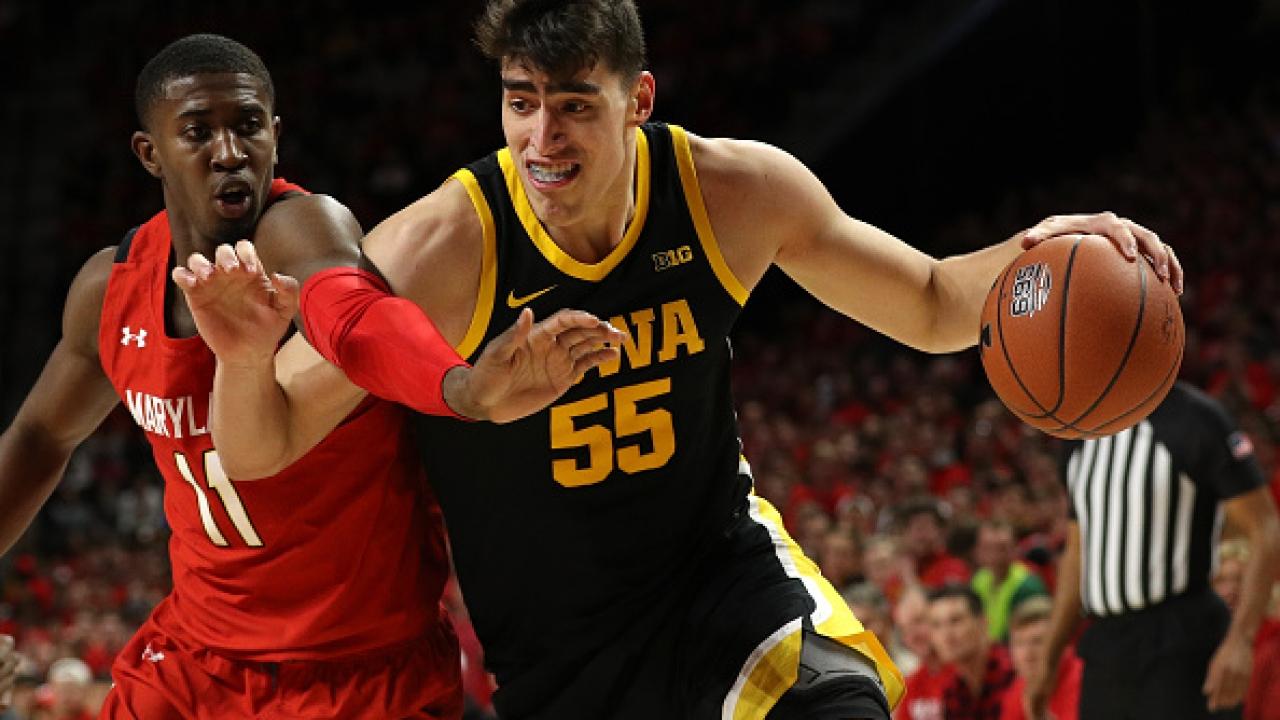 We’re 50 days out from the start of the DI men’s college basketball season and Andy Katz is here with his top 10 National Player of the Year candidates on the latest edition of the March Madness 365 podcast.

Katz also discussed some of his Final Four contenders for the 2021 NCAA tournament with Fox Sports’ Mark Titus, talked with Texas Tech coach Chris Beard about the outlook the Red Raiders have and joined Chad “March Chadness” Aycock to talk about sleeper teams for this season.

Here are Andy Katz’s top-10 Player of the Year candidates for the 2020-2021 college basketball season:

Katz is predicting a pretty big year for Virginia’s new forward. Sam Hauser played three seasons for Marquette from 2016-2019 before transferring to UVA and taking a year off. What some may see as a potential weakness, Katz sees as a strength, as Hauser now has had time to get used to Tony Bennett’s style of play. Hauser will look to improve on his 14.9 points and 7.2 rebounds per game during his junior year at Marquette.

Katz thinks Trayce Jackson-Davis will have a big jump from his freshman year to his sophomore year. Jackson-Davis was a monster in the paint for Indiana last year, averaging 13.5 points, 8.4 boards and 1.8 blocks per game. He’ll have a lot of competition in the Big Ten this season, with the likes of Iowa’s Luka Garza and Illinois’ Kofi Cockburn .

Villanova has a track record of building teams around veteran guards, and this season will be another example of that with Colin Gillespie at the helm for the Wildcats. Playing his freshman season behind Jalen Brunson, Gillespie has national championship experience. The 6’3” point guard will look to improve upon his 15.1 points, 4.5 assists and 1.2 steals per game last year and lead ‘Nova to a deep tourney run.

Katz thinks Marcus Zegarowski will be Gillespie’s biggest competition when it comes to the Big East Player of the Year race. Zegarowski is coming off of a knee injury but his 16.1 points, 5.0 assists and 1.1 steals per game last season puts him as Creighton’s leading man. He’ll look to be one of the best point guards in the country this season.

This list wouldn’t be complete without a star Kentucky freshman on it. Obviously, Kentucky has a reputation of producing freshmen talent, just look at this year’s NBA Finals, and Katz thinks BJ Boston could be the next big name out of Lexington. This 6’7” forward will look to score in a variety of ways, as his athleticism will make an immediate impact for UK.

Remy Martin will look to be one of the most prolific scorers in the nation this season. Katz thinks Martin has a good chance of leading the Sun Devils to compete for a Pac-12 championship and a tournament run. The 6’0” point guard averaged 19.1 points, 4.1 assists and 1.5 steals per game last season.

If there is a reason Jared Butler won’t win big 12 Player of the Year, it’s because of Cade Cunningham. Cunningham is the highest-rated freshman coming into the 2020-21 season and he bypassed the G League developmental program to come play for Oklahoma State. Be sure to keep an eye on Cunningham and Cowboys this year, as he is expected to put up a lot of points in a competitive Big 12.

Illinois born and bred, Ayo Dosunmu will look to lead the Fighting Illini their first Final Four since 2005. From Chicago, the 6’5” guard put up some pretty outstanding numbers his sophomore season averaging 16.6 points per game and shooting nearly 50 percent from the field. The one thing he might need to work on if he wants to compete with the next guy on the list is his three-point shooting. Dosunmu shot 30 percent from beyond the arc last year, making an average of just one 3-pointer a game.

Last season’s Big Ten Player of the Year and consensus All-American is, by-far, the front-runner for this year’s National Player of the Year trophy. Garza stands at 6’11” and is the best big man currently playing college basketball. Katz thinks he will go down as one of the greatest Iowa Hawkeyes to ever play college basketball. Garza averaged 23.9 points, 9.8 boards and 1.8 blocks per game last season.

The March Madness 365 podcast is a weekly podcast covering all things college basketball. You can listen and subscribe to the podcast here, on Apple Podcasts, Google Podcasts, Spotify and Stitcher.