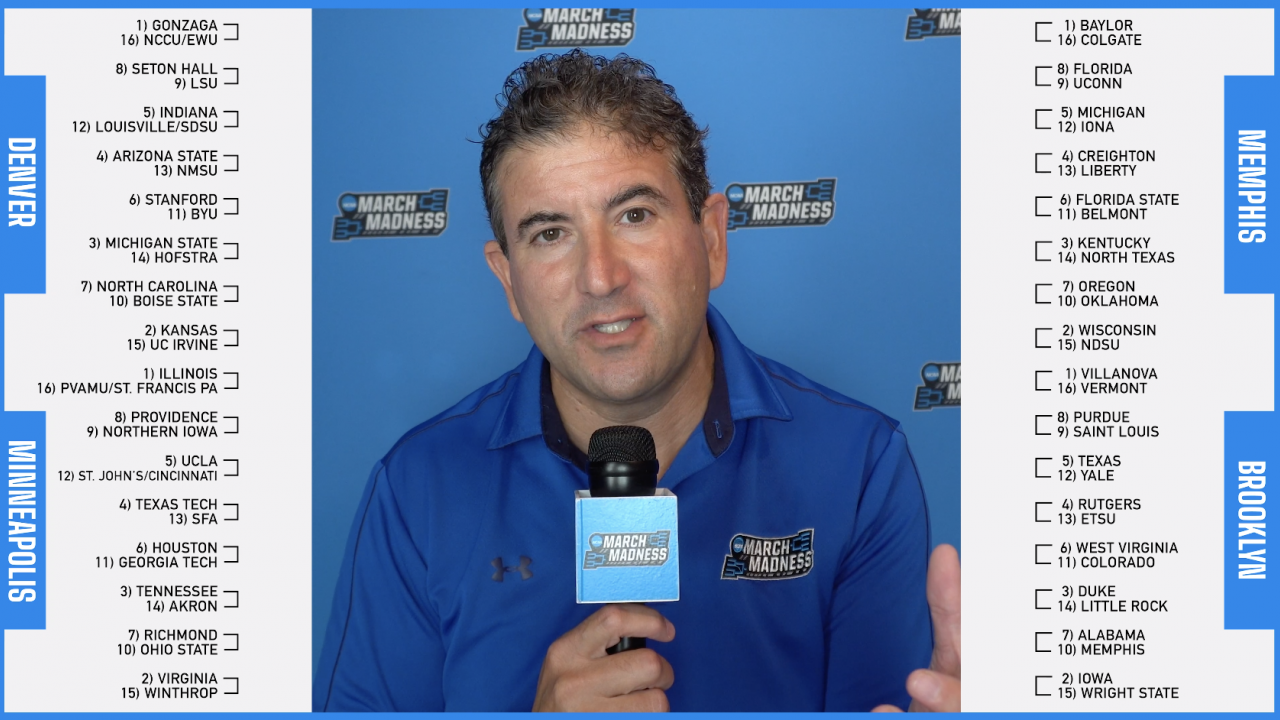 Andy Katz has his first 2021 NCAA tournament bracket projection for March Madness. Katz has Gonzaga, Baylor, Illinois and Villanova as his No. 1 seeds.

College hoops is almost back and it’s time for our first look ahead to what the 2021 NCAA tournament field might look like. The season begins Nov. 25 and NCAA.com basketball expert Andy Katz has released his first projected bracket for 2021 March Madness.

Here are his top 10 seeds, or first ten in, which be breaks down on this week’s March Madness 365 podcast:

As we all know, there aren’t just 10 teams in the NCAA tournament, so let’s break down the rest of Katz’s preseason March Madness field:

Now, let’s take a closer look at some of the highlights.

Gonzaga, Baylor, Villanova and Illinois are Katz’s No. 1 seeds

Those are Katz’s picks, right now, for the top seeds. Three of them are easy picks as the No. 1 team headed into this season, according to ESPN bracketologist Joe Lunardi.

“This is the year where I think you can vote any of three teams as the preseason No. 1 — Baylor, Villanova, Gonzaga, in whatever order you want,” Lunardi told Katz on this week’s podcast.

For the fourth No. 1 spot, Katz went with the Fighting Illini. Katz has the Illini automatically qualifying by winning the Big Ten tournament.

All four No. 1 seeds bring back a solid core of players.

Gonzaga is led by the returning Corey Kispert. The Zags will also bring in highly-touted freshman Jalen Suggs. Baylor returns potential Big 12 Player of the Year Jared Butler. Villanova will be led by veteran point guard Collin Gillespie as well as return most of its core from last season. And the Illini will return stars Ayo Dosunmu and Kofi Cockburn — two of the main reasons Katz is so high on Illinois.

Along with Iowa and Kansas, Wisconsin and Virginia, Katz’s favorite to win the ACC, also join the No. 2 line.

Although regular-season scheduling is still to be determined, especially non-conference games, there is a chance we will see conference foes like Iowa, Illinois and Wisconsin, as well as Baylor and Kansas face each other at least once this year.

Katz went beyond the field of 68 to make some predictions on the bubble for the upcoming season.