Carmelo Anthoney wanting to play in the NBA

Carmelo going to the Portland Trail Blazers to pay one or two years before he retires from the NBA.

He is at the age of thirty five, and almost over the hill or not paying any more on the court. Most old top plyers can play there prime, with out getting injured or heart for weeks or mouths. Setting on the bunch instead of paying on the court with his team mates.

He can score points but when he gets physical with other player, he makes that person get physical to. When that happens something just gives, and in his case a hand, arm, leg or ankle becomes injurer at his age. It all most like if you touch him he’s coming out the game to set on the bunch for a good wild.

This man been out the game for almost a year, having to go back on the court, his legs, and conditioning play a big part...

Micheal Jordon and 90% of the Hornets

The thing about MJ is that he loves to win, loves to compete with all fastest in life, on the court, and off the court. His last playing on the court was with the Washington Wizard’s, and that’s when he put him self over the top for a chances at a team of his own.

When he retired from that team, it was time for something else, and that was ownership of a NBA Franchise Team. The Hornet was a good choice at that time. retire at the end of the year, play in one more all stair game, and to become the first super stair player to have a team.

In his second or third year there at the Hornets, he was trying to become a 100% owner, and the same time, put together a team, get read of some of the players, and beach player on the team to look for better ballplayers, and maybe a super stair or t... 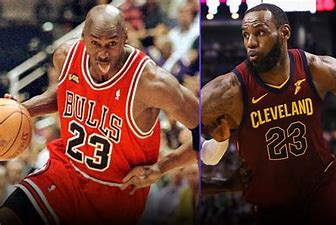 Michael was a player with just court skills, that played after Larry Bird, Magic Johnson, and Isiah Thompson time in the NBA.

Larry became a couch for a team, and after two to three years, he put the head couching job that he had on the back briner, or he just let it go. Saying he did not wont be a head couch any more, thinking the players did not wont to play as hard as he did, and lean the game of basket as he was when he came alone.

Magic Johnson was a couch, and a General Manger in the game, and pulled out if both position for some ungodlily reasons. The couching was some thing he new very while, do to him becoming a guard, center, big forward, and small forward. This guy played it all when he was playing, managed to small business though out the states.

How to pick a March Madness dark horse

So you want to pick a dark horse candidate to make a deep run in this year’s NCAA Tournament? Good idea!

Correctly selecting a team that fits this profile to make a deep run – when most fans will pick that team to lose in the first weekend – could be the difference that leads you to a win in your bracket pool.

Coaches on the pressure of March Madness Coaches on the pressure of March Madness

Duke’s Mike Krzyzewski and other coaches talk about the pressure during March Madness. Duke is playing the best basketball of the season but can they trust Coach K’s Blur Devils to get the job done in the NCAA tournament?

Duke has won seven in a row entering Wednesday night game with the NC State, and is leading ACC. That seven-game win streak saw a win over then-no.8 Florida State and a crazy comeback VS. North Carolina.

Sophomore point guard Tre Jones isn’t the world’s best shooter, but he is a great floor general and finds away to make things happen when no one else can. Just look at this individual effort to spearhead the come back win VS. North Carolina.

If not for his shot-making, play-making, an... Michael Jordan’s legend only seems to grow in retirement. Kevin Garnett recently told a hilarious story about the time Jordan heard him trash-talking during his rookie season with the Minnesota Timberwolves and responded by taking over the game in the fourth quarter. If Garnett’s story highlighted Jordan’s legendary competitiveness, a story told by Magic Johnson recently showed a less public side of Jordan’s personality: his passion for gambling.

Jordan’s love of gambling is no secret. There are stories of Jordan being spotted in an Atlantic City casino the night before a 1993 playoff game against the New York Knicks. There was a book written about Jordan piling up over $1 million in gambling debt over failed golf bets...

Kobe Made A Statement About Shaq Work Ethic Kobe and Shaq had there difference do to one man stated that if other would have worked out more in the gum he would have been the greats of all times.

The big men that played in the NBA and the ABA. Then Kobe went to say if Shaq had worked out more he would have more rings ( 12) to be correct. Some the things that Kobe was saying was a true fact but this man had a problem with his feet or one of them that made not go to the gum or to work out to try to improve his game.

A man his size could have been the greatest, size in his hands, blocking shouts, covering the middle so no one person could dunk on him, mastering a shout that no other big man could stop, like the finger roll, shy hoke, or fake to one spot then come back to lay it up off the back board, or something to have the person ...