9 college basketball stories that didn’t get the ending

For the first time since its inception in 1939, there will be no NCAA tournament this season. The threat of the coronavirus pandemic has canceled March Madness just as the major conference tournaments were beginning to kick off. There will be no Selection Sunday, no bracket pools, no One Shining Moment. It was a correct and necessary call, but one that still leaves so many college basketball stories unfinished.

It’s the stories that keep us coming back to college basketball. In what was considered a wide open year from the very start, so many teams and fanbases could have experienced the thrill of a deep run through the tournament. As the tournament has been canceled, we can’t help but wonder about all the stories that will never get the endings they deserve.

These are the college ba...

NBA players, other sports figures who have tested positive

The sports world has been affected by the global coronavirus pandemic in a significant way, with multiple cancellations of events and delays of seasons.

In terms of personal impact, a handful athletes and other personnel have tested positive for COVID-19, while others (basketball legend Charles Barkley, for one) are awaiting test results.

Sporting News will track the sports figures who have tested positive for the respiratory disease that has killed thousands of people worldwide The current list appears below.

The Jazz big man’s positive test before Utah’s game in Oklahoma City on March 11 had an enormous domino effect: The Jazz’s game was postponed; the NBA suspended its season for at least 30 days; the NHL, MLB and MLS all suspended their seasons the next day, and coll...

Is a retired American Race car driver, racing owner, and sport shooter known for being the first African American man to have tested a formula One car, and to complete in the Indianapolis 500.

Ribbs Completed in many forms of auto racing, including the transam series, indycar, champ car IMSA, and NACAR monster energy cup series. After retiring, he became a sport clay Association.

The 63-year-old racing pioneer, and icon knows his place in auto racing history.

Will Kyle Busch or Kevin Harvick have the last laugh The truck bounty makes a cool story and will undoubtedly add excitement to the truck race Saturday afternoon at Atlanta Motor Speedway.

The only potential issue? Things going overboard on the track (someone taking out Kyle Busch) or off the track (NASCAR having to put an end to bounties).

More on that later. But first, the backstory: Kevin Harvick got upset when Kyle Larson tweeted a series of cherry emojis following a Kyle Busch victory three weeks ago at Las Vegas, insinuating that Busch was cherry-picking the field. So Harvick offered $50,000 to any full-time Cup points-earning driver who could go out there and finish ahead of Busch. Camping World CEO Marcus Lemonis, whose company is the series sponsor through its Gander RV & Outdoors brand, pledged another $50,000. A Thirty six year old, and at the time he was not picked up by a team in 2018-2019. It seem that no team  owner would give this man a contact to play on there team.

His age was a Factor, and he would be getting heart and having to set out most of the season with some of type of a energy. Stated good as a player, good work skill set  as a shooter in the game, was picked up later by Portland. Do to one of there key players was out of the line up for a mouth or two. Heading to the all-stair games, and the play off’s.He was picked up in the Daft behind James and Dwyane Wade, his nickname was Melo. They selected him third over all by the Denver Nuggets in his draft time.

NFL teams enter free agency every year knowing the inevitability: If the team wants to sign a player to a top-market deal, the team will overpay for that player. The risk-reward game is played annually.

For some signings over the last decade, the risks did not outweigh the rewards enough to prevent teams from making costly mistakes on the open market. In those cases, “overpaid” became an understatement.

Here are the 10 worst NFL free agency signings of the last 10 years. (All contract figures courtesy of Over The Cap.)

The 3 biggest offseason needs for each NFL The Super Bowl is played in February. The road to get there begins in March.

The 2020 NFL league year signals the official start to free agency. More than 600 players hit the open market on March 18, leaving franchises across the league anxiously waiting to find the missing pieces that stand between them and a chance to hoist the Lombardi Trophy.

Every team in the league will be in the market for the help capable of plugging holes. Many will be filled through a solid lineup of veteran free agents. Others will be addressed through low-cost rookies at this year’s draft.

Both options will provide plenty of relief. This offseason is host to a banner crop of quarterbacks, but is also rich in pass rushers, defensive backs, and offensive linemen... 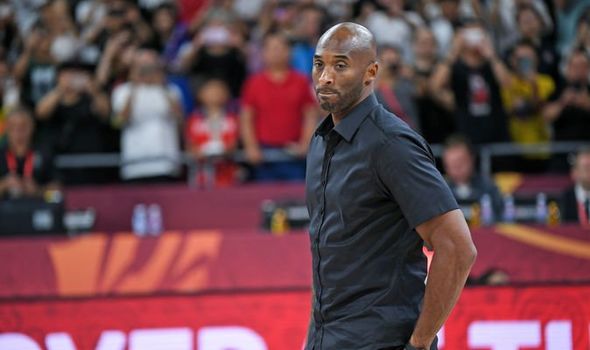 To under stand the things a person go’s though to improve them selves can make you say would I go do that to improve my skill set, shooting on the court as a basketball player. He was great player whom was not a person that would just set a round an except thing to come to him or thing to knock  on his front door to say her you are. He made sure he was in shape, his game was on point, played each day to improve his game set. To be in the gym each day to work on each move that came to mind.

His daughter was the same way, working to improve your skills, and skills on the court that some others do not have.

The departing of him and his daughter in the plain crash was just hart breaking to all, and just something that do not happen...

IN THE PITS: NASCAR off to fast start

A busy first month for NASCAR came to a close with a three-race West Coast swing marked by both a surprise appearance from injured driver Ryan Newman and a successful preview of the rules package that will decide this year’s Cup Series champion.

Attention has been fixed on the sport since Newman’s terrifying accident on the final lap of the Daytona 500 last month raised questions about the safety of the sport and the sanity of its competitors.

What initially appeared to be NASCAR’s first fatality in a Cup race since Dale Earnhardt was killed in the 2001 Daytona 500 instead was what Newman called “a miracle.” He walked out of a Florida hospital less than 48 hours later and made the trek to Phoenix last weekend to support his Roush Fenway Racing team.

Carmelo Anthoney wanting to play in the NBA

Carmelo going to the Portland Trail Blazers to pay one or two years before he retires from the NBA.

He is at the age of thirty five, and almost over the hill or not paying any more on the court. Most old top plyers can play there prime, with out getting injured or heart for weeks or mouths. Setting on the bunch instead of paying on the court with his team mates.

He can score points but when he gets physical with other player, he makes that person get physical to. When that happens something just gives, and in his case a hand, arm, leg or ankle becomes injurer at his age. It all most like if you touch him he’s coming out the game to set on the bunch for a good wild.

This man been out the game for almost a year, having to go back on the court, his legs, and conditioning play a big part...